The Fry Up (Full English Breakfast) 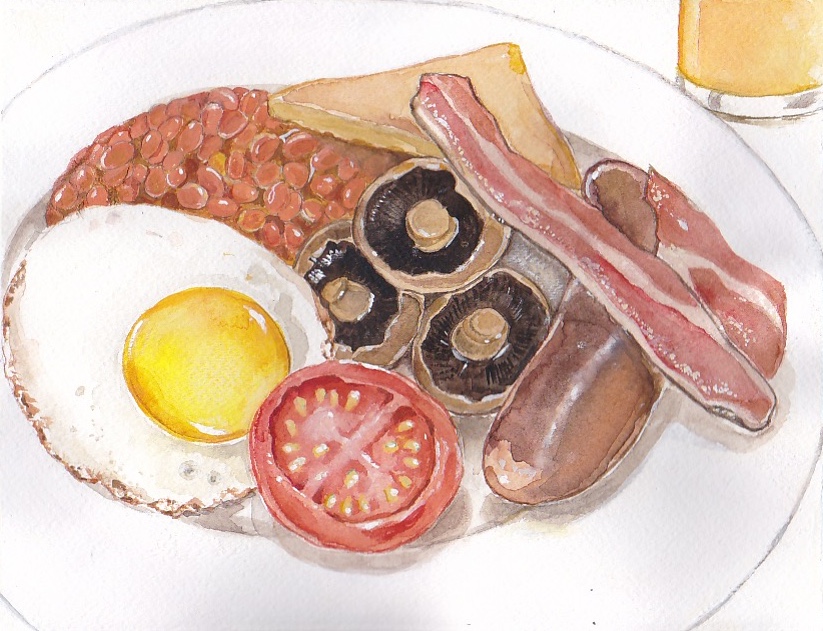 The British Fry Up

“To eat well in England, you should have breakfast three times a day.”
W. Somerset Maugham

Someone once described the Miles Davis album “Kind of Blue” as the answer to the cosmic question, “What is jazz?” In the same way, the question, “What is the quintessential British breakfast?” elicits one simple answer: “the fry up.” The subject of much controversy, the meal, also known as “the full English,” has been both reviled as “a national disgrace” (The Guardian) while also upheld as “the healthiest breakfast of all” (The Daily Mail). Few meals are more filling and more satisfying. Packed with protein and laden with salty fat, the fry-up is most often served at breakfast, but can be enjoyed at any time of the day, provided it is served with a strong, scalding cup of tea.

A traditional English fry up consists of fried egg, bacon, sausage, fried bread, grilled tomato, sautéed mushrooms, and baked beans. Black pudding (aka blood sausage) is an optional extra. I should explain that American bacon is quite different from British bacon. American bacon comes from the pork belly, and is known to the British as “streaky bacon” because of its higher fat content. British bacon is a combination of pork loin and pork belly, which means it tends to have more meat and less fat, making it more ham-like. Consequently, it does not achieve the same level of crispiness as American bacon. Horses for courses, as we like to say (translation: to each their own).

Note: This meal will require HP sauce, so make sure you have some on hand.

The British Fry Up