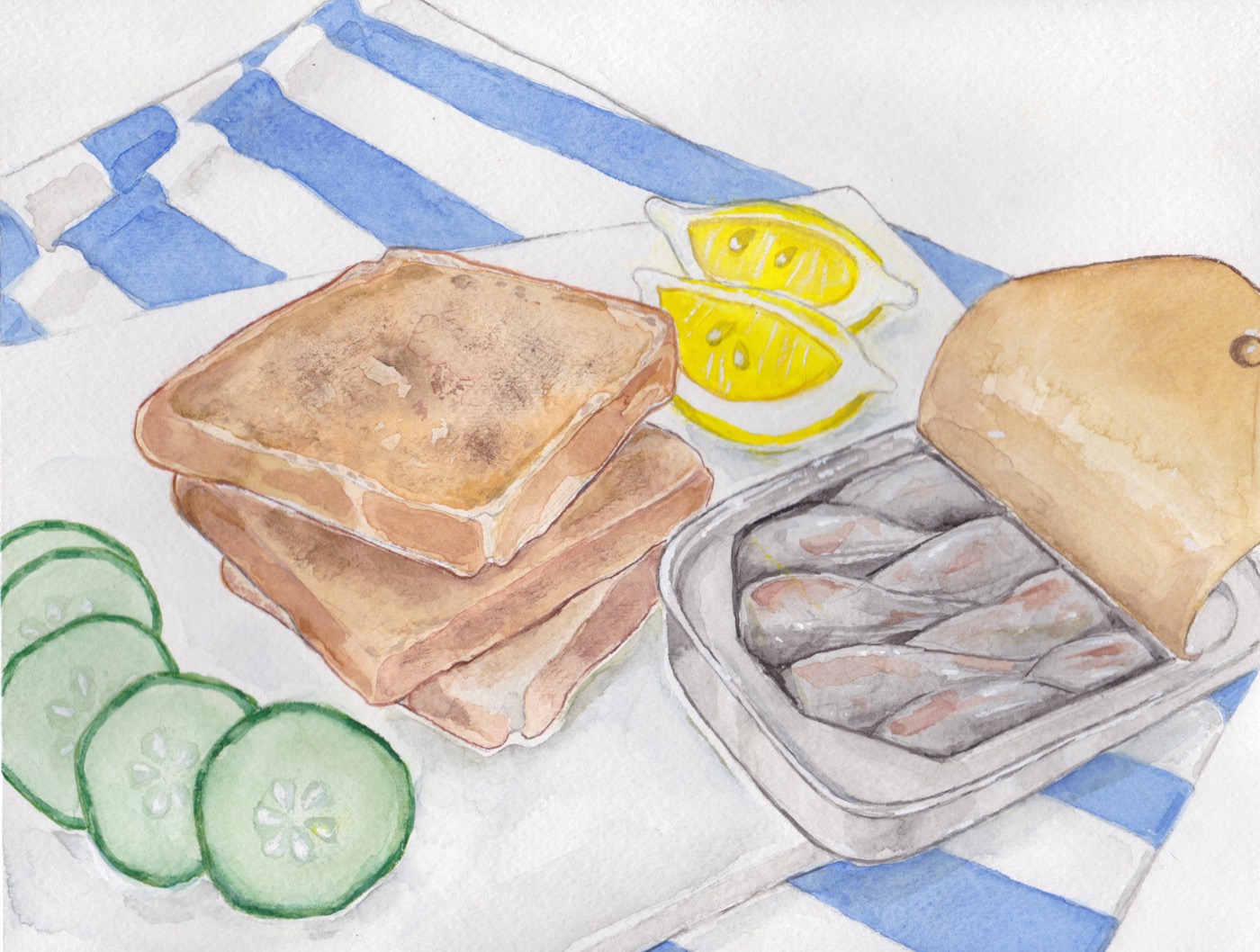 “The slices of bread and butter, which they give you with their tea, are as thin as poppy leaves. But there is another kind of bread and butter usually eaten with tea, which is toasted by the fire, and is incomparably good. You take one slice after the other and hold it to the fire on a fork till the butter is melted, so that it penetrates a number of slices at once: this is called toast.”
Karl Phillip Moritz, Travels in England in 1782

If you thought toast was just for breakfast, think again. In Great Britain, toast is enjoyed throughout the day for a snack or a light meal. Indeed, we enjoy toast so much that we have made it a vehicle for a number of different toppings that go beyond the classic butter and jam (or marmalade). Toast is simple and quick to prepare. It’s economical and filling. Best of all, it’s a  blank canvas. Just about anything can be heaped on a piece of toast and eaten. Listed here are some of the traditional British toast accompaniments.

Sardines on toast: Simply open up a can of your favorite sardines and place the fillets on a piece of toast.

Beans on toast: Heat up your favorite baked beans and pour them on to a couple of pieces of toast. British canned baked beans are served in tomato sauce. An American equivalent would be vegetarian baked beans. Which leads us to…

Beans and cheese on toast: The cheese  (sliced or shredded) goes on the toast first, followed by the hot beans, which help to melt the cheese and give it that delightful gooey consistency.

Marmite on toast: Spread a thin layer of butter on the toast, followed by an equally sparing layer of Marmite. If you have never tried Marmite before, be warned that it is a strong taste. You either love it or hate it. There is no middle ground.

Bananas on toast: Butter the toast and top it with thin slices of banana until the entire surface is covered.