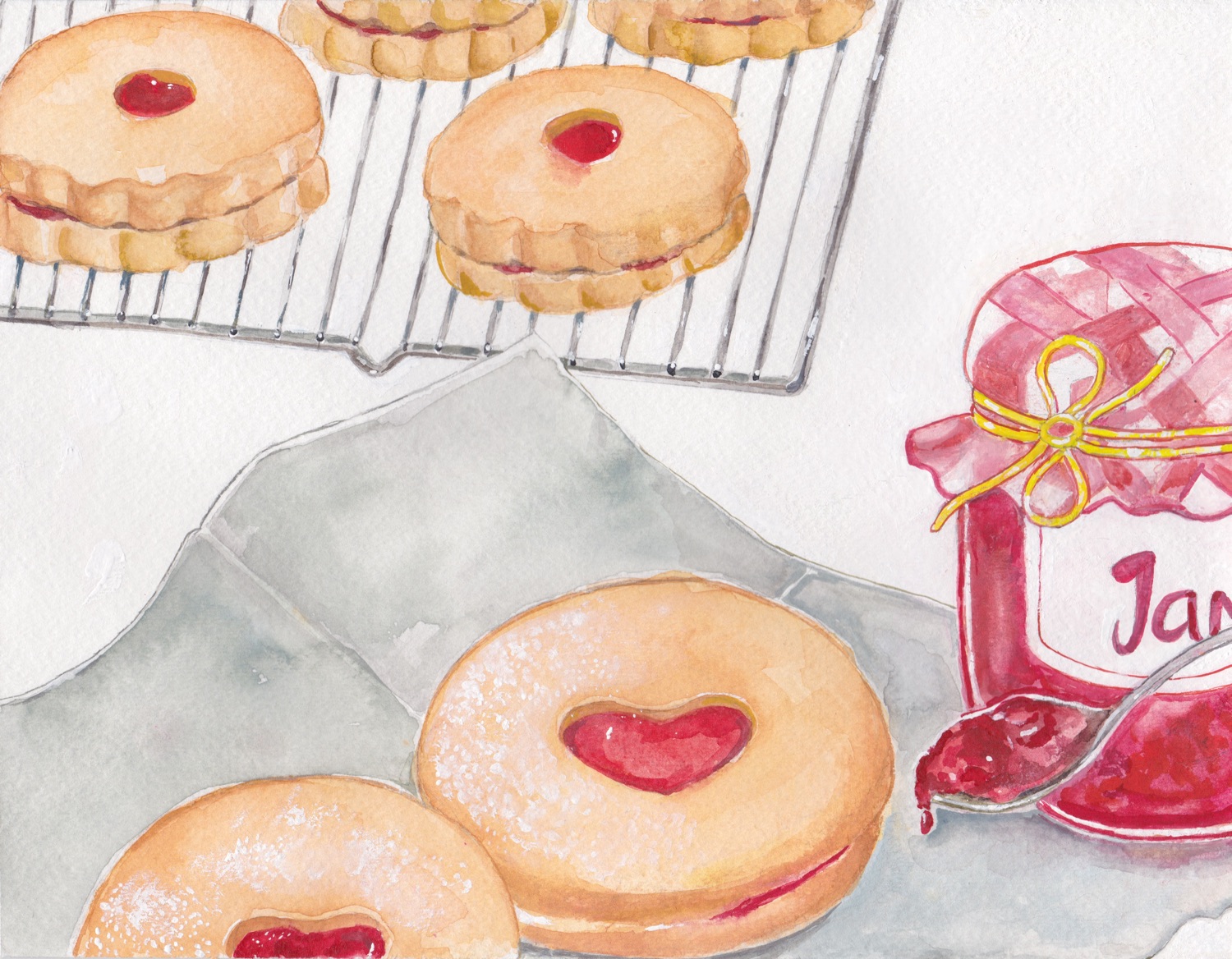 “The best aspects of the primary school classroom were the sandbox and the ‘tuck trolley’ that delivered the jam-filled cookies we called Jammie Dodgers at eleven o’clock sharp.”
John Taylor, In the Pleasure Groove Deluxe: Love, Death, and Duran Duran

“Technically, Brian was not, in fact, a tea boy, but a laboratory assistant. Nevertheless, as he was the new kid, his duties had so far extended only to boiling the kettle, making the tea, and keeping a close watch on the Jammie Dodgers, as Professor Stefan was convinced that someone was stealing Jammie Dodgers from the biscuit tin. Professor Stefan was wrong about this. It wasn’t ‘someone’ who was stealing Jammie Dodgers.
It was everyone.”
John Connolly, The Creeps: A Samuel Johnson Tale

Jammie Dodgers—fun to eat and fun to say! These sandwich biscuits (or cookies) consist of two thin shortbread halves, held together with strawberry or raspberry jam. They take their name from the character Roger the Dodger (think Dennis the Menace), featured in The Beano, a long-running British children’s comic book. Created by Burton’s Biscuit Company more than half a century ago, the Jammie Dodger is the perfect cookie to eat with a cup of tea. The sticky jam filling is a delicious counterpoint to the simple buttery richness of the shortbread. Traditionally made with a heart cutout that reveals the jam center, the Jammie Dodger is also a visually appealing cookie that makes a lovely addition to any teatime tray.