The pasty is as ancient as England. Chaucer mentions pasties in the Canterbury Tales. The first thing you need to learn is how to say the word properly.  The “a” in pasty is pronounced as in the word ‘hat.”

Pasties became popular amongst workers in the Cornish tin mines.  The crimped crust provides a “handle” with which to hold the pasty.  In the tin mines, the workers hands would be covered with arsenic-laden dust.  The handle allowed them to safely eat the pie and then discard the crust.  One tradition was that a wife would mark the crust of her husband’s pasty with his initials, so that if he left some of it to eat later, he could distinguish it from those belonging to his fellow miners.

To make a Cornish pasty, one requires only four ingredients for the filling: potato, swede (rutabaga), onion and beef. Typically flank steak is used, but any meat will do as long as it is beef. Cubed or ground is a matter of personal preference.

Serve Cornish pasties for dinner straight out the oven with potato wedges and peas or eat cold the following day for lunch with a green salad and potato chips. Either Branston pickle or HP sauce will complement a Cornish pasty nicely. It is the perfect food for a picnic. It requires no utensils to eat and yet delivers all the important food groups – meat, veg and pastry – in every delicious bite.

You can use a store-bought pie crust or puff pastry, but to make proper Cornish pasty pastry follow the recipe below: 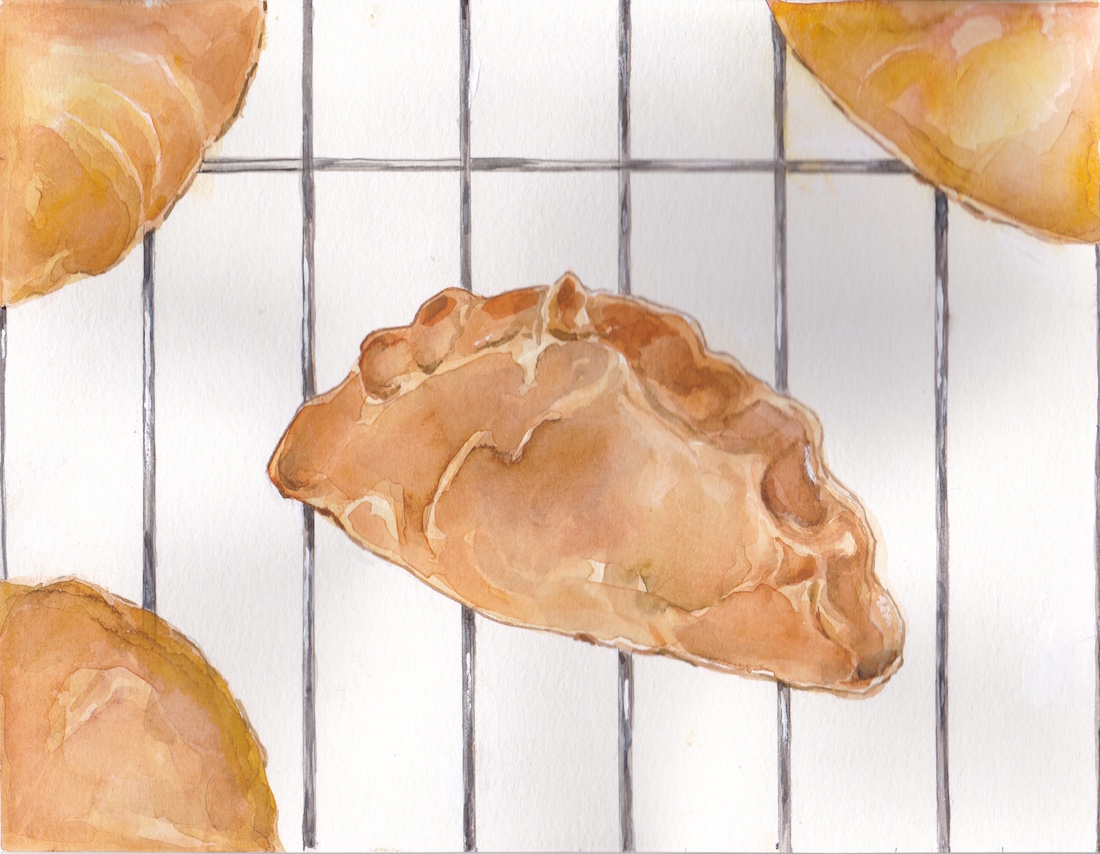