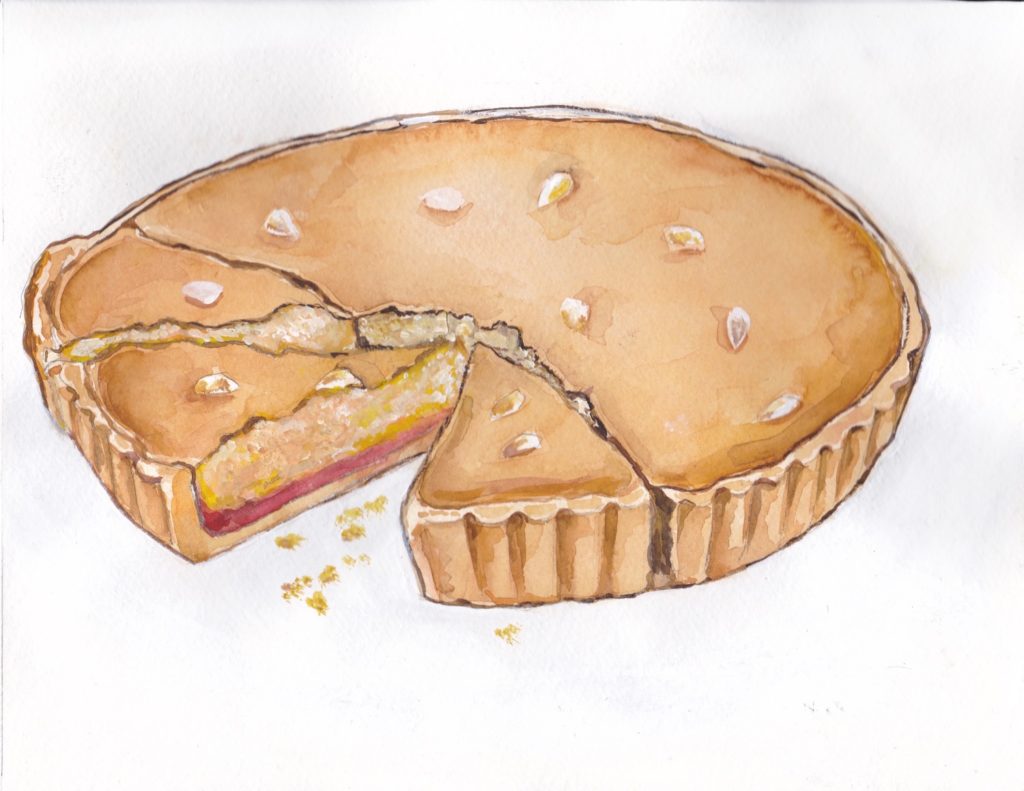 Everyone knows that we Brits like tea. According to research carried out by British charity Contact the Elderly, the average Brit consumes 876 cups of tea per year, roughly equivalent to two bathtubs full. Perhaps less well known is the fact that we often like our tea with a bit of cake.

British desserts may not enjoy the international renown of French patisserie, but you will find that they are strategically designed to pair perfectly with tea. None more so than this little Derbyshire delicacy, the Bakewell tart. As with many British dishes, its origins are murky, but there is general agreement that it first made an appearance in the early 19th century. It may or may not have been the product of a cook’s mistake. If so, it was a happy accident. The Bakewell tart, named for the Peak District market town where it was born, is a delightful combination of sliced almonds, frangipane, and raspberry jam.

The Bakewell is sometimes made with an industrial layer of fondant icing on top, but I much prefer this stripped down version, which allows the almonds and raspberry to shine. Go on then, put the kettle on…

For the shortcrust pastry

For the frangipane (almond batter)